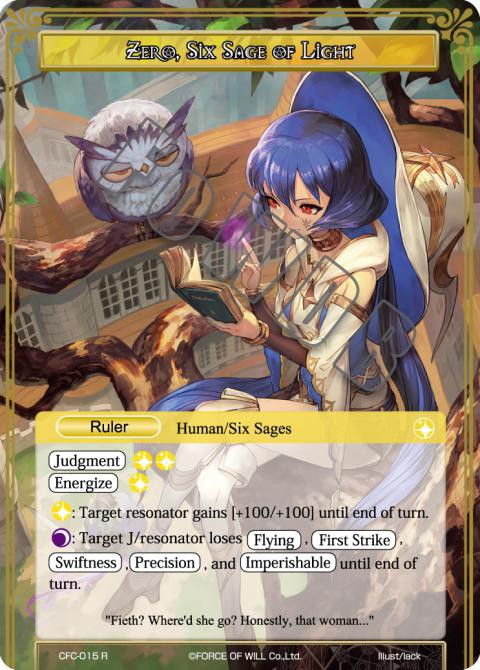 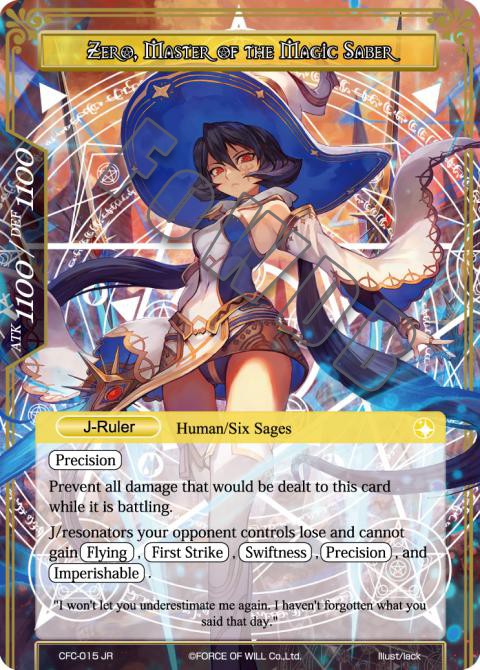 Light
Text
Precision
Prevent all damage that would be dealt to this card while it is battling.J/resonators your opponent controls lose and cannot gain Flying, First Strike, Swiftness, Precision, and Imperishable.
Flavor Text
"I won't let you underestimate me again. I haven't forgotten what you said that day."
Code
CFC-015R
Rarity
R - Rare
Artist Name
lack
Set
CFC - Curse of the Frozen Casket
Format
Wanderer, Origin, Lapis Cluster
Next (CFC-016U)

If "Zero, Master of the Magic Saber" is the attacked object, and the attacking J/resonator has Pierce, Zero will take any battle damage that would be applied (if there is a blocking J/resonator), as it is not considered to be "battling" at that time.