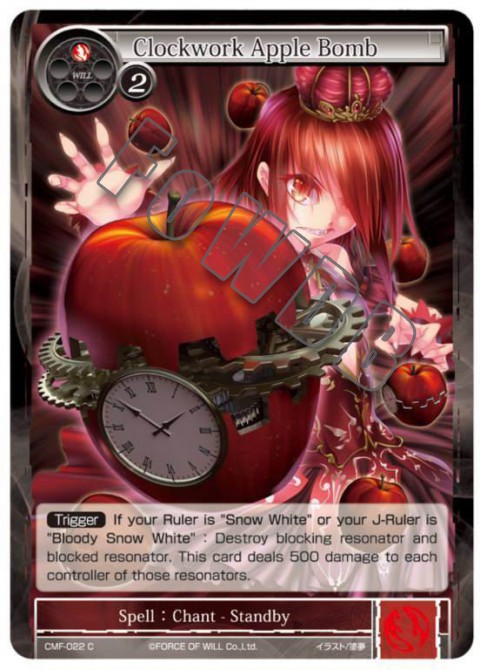 This card can be cast at any time as long as its trigger condition is met, even if it will do nothing on resolution. This is because "Clockwork Apple Bomb" does not target.

"Clockwork Apple Bomb" can destroy resonators that can't be targeted, such as "Cheshire Cat, the Grinning Remnant," as long as they are blocking or being blocked, because it does not target.

This card may be used even if a J-Ruler ("Bloody Snow White") blocks or is blocked. In this case it only deals damage to the controller of the destroyed resonator.