Curse of the Kyuubi LEL-049R 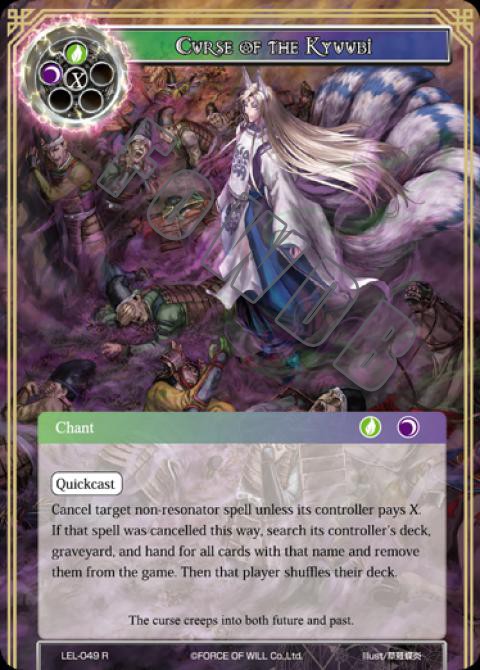 Darkness
Text
Quickcast
Cancel target non-resonator spell unless its controller pays X. If that spell was cancelled this way, search its controller's deck, graveyard, and hand for all cards with that name and remove them from the game. Then that player shuffles their deck.
Flavor Text
The curse creeps into both future and past.
Code
LEL-049R
Rarity
R - Rare
Set
LEL - Legacy Lost
Format
Wanderer, Origin, Lapis Cluster
Next (LEL-050C)

When a spell is cancelled, it is immediately placed into its owner's graveyard. Thus, assuming that the controller of the targeted spell is its owner, when "Curse of the Kyuubi" removes all cards in the controller's deck, graveyard, and hand with the same name from the game, it will also remove the original spell.