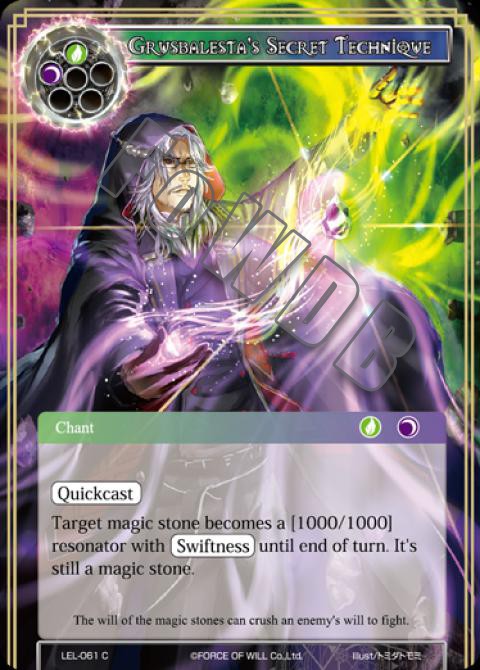 If a magic stone that has been turned into a resonator with "Grusbalesta's Secret Technique" would be:

...sent to hand or the top of the main deck, it goes to the top of its owner's magic stone deck instead.

...removed from game or sent to the graveyard, it still is.