Valentina, the Princess of Love SKL-048R

: You may put a water resonator with total cost 2 or less from your hand into your field.
Flavor Text
The ruler who controls the city that lives on trading: Shangri-La. She loves destiny and beautiful things infinintely. She felt that Alice was destined to be her and so she aimed to own her.
Code
SKL-048R
Rarity
R - Rare
Set
SKL - The Seven Kings of the Lands
Format
Wanderer, Origin, Alice Cluster

Valentina's activated ability is optional. You can choose not to place a water resonator into play upon resolution of the ability if you wish.

Valentina, the Ruler of Paradise SKL-048R 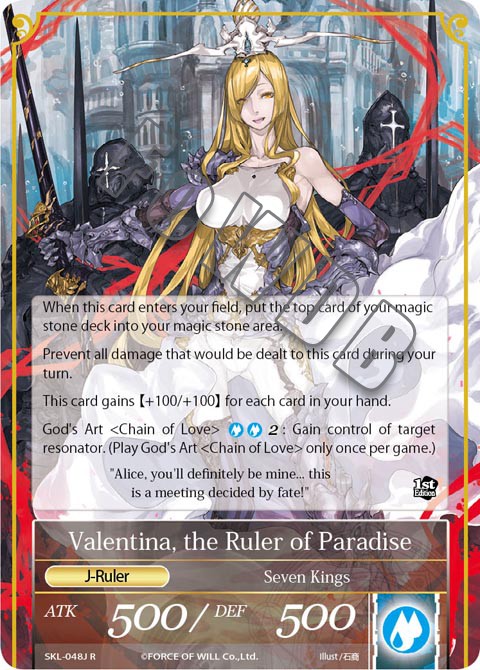