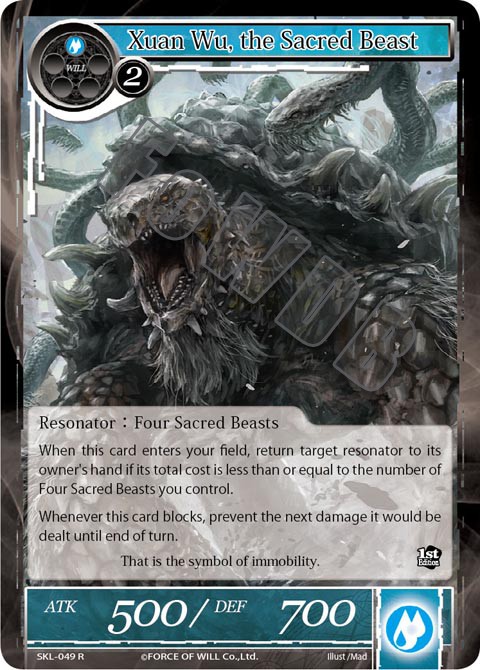 Water
Text
When this card enters your field, return target resonator to its owner's hand if its total cost is less than or equal to the number of Four Sacred Beasts.Whenever this card blocks, prevent the next damage it would be dealt until end of turn.
Flavor Text
This is the symbol of immobility.
Code
SKL-049R
Rarity
R - Rare
Artist Name
Mad
Set
SKL - The Seven Kings of the Lands
Format
Wanderer, Origin, Alice Cluster
Next (SKL-050U)

The second automatic ability creates a trigger that can be responded to. Once the trigger resolves, the next source of damage to Xuan Wu is prevented, no matter the source. For example, casting Thunder on Xuan Wu after its ability resolves will "waste" the prevention effect and the attacker will be able to deal damage to Xuan Wu.