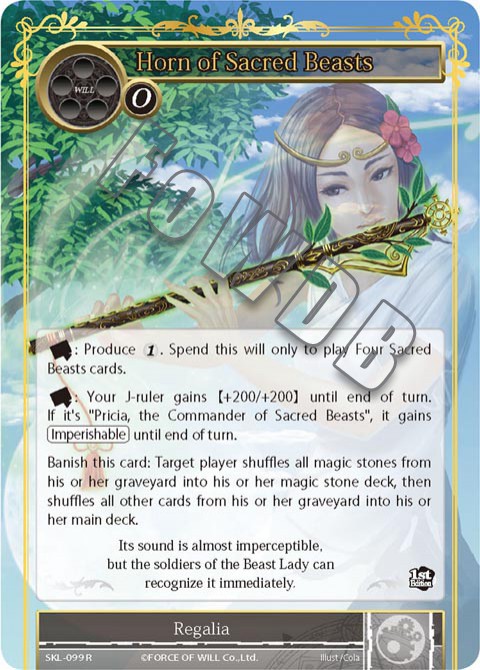 : Produce
1
. Spend this will only to play Four Sacred Beasts cards.

ability produces a global, "cloud" effect that stays in play for the whole turn and constantly checks your J-Ruler's name. So, if you activate it without having "Pricia, the Commander of Sacred Beasts" on your field, its second effect ("if it's Pricia...") will still provide Imperishable during the same turn if you play the judgment process of Pricia later in the turn.