Arthur Pendragon, King of the Round Table TTW-003SR 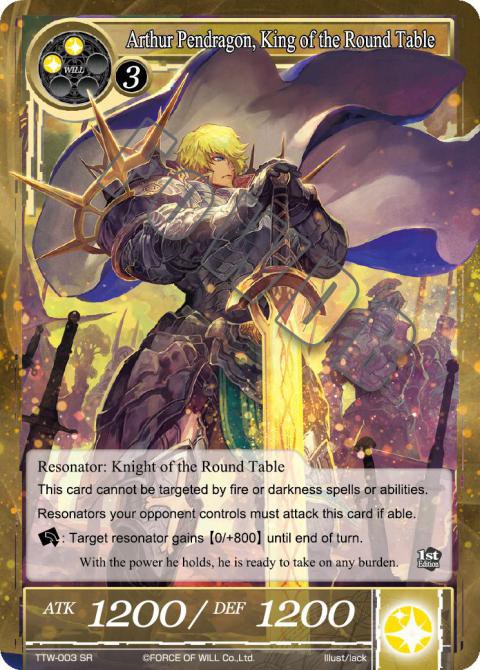 Light
Text
This card cannot be targeted by fire or darkness spells or abilities.
Resonators your opponent controls must attack this card if able.

Multiple effects that require a choice such as 'must attack this card if able' do not create a "choice lock". In the case of multiple "Arthur Pendragon, King of the Round Table" in a field, the opponent can choose which one to attack.

A player must attack this card with a resonator if able once they declare a battle. A battle may not be forfeited if the turn player controls a resonator that can attack an opposing Arthur. This means you cannot end your main phase until you control no resonators that are able to attack Arthur. However, if a player can no longer declare battles for the rest of the turn (CR 803.6), they can end their main phase as normal, as they can no longer attack Arthur.