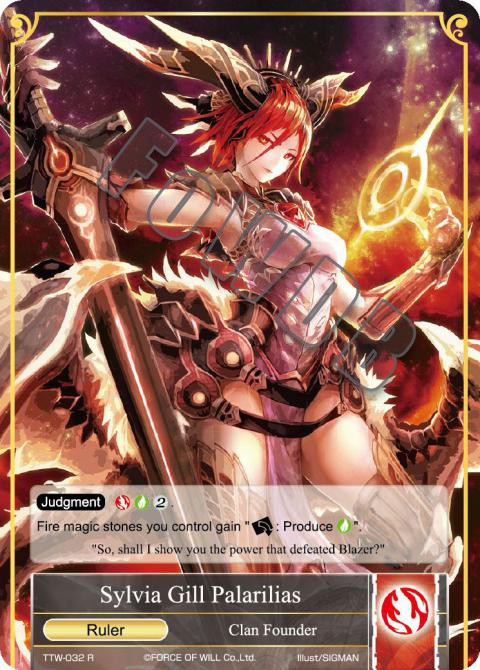 Sylvia's Race is "Minion of Primogenitor," not "Clan Founder." 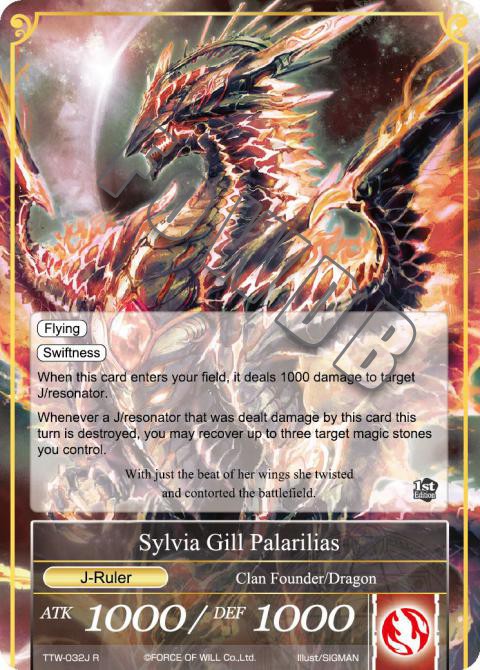 Fire
Text
Flying
Swiftness
When this card enters your field, it deals 1000 damage to target J/resonator.Whenever a J/resonator that was dealt damage by this card this turn is destroyed, you may recover up to three target magic stones you control.
Flavor Text
With just the beat of her winds she twisted and contorted the battlefield.
Code
TTW-032R
Rarity
R - Rare
Artist Name
SIGMAN
Set
TTW - The Twilight Wanderer
Format
Wanderer, Origin, Alice Cluster
Next (TTW-033C)

Sylvia's "enters the field" ability is a mandatory trigger. If she is the only J/resonator in the field when she enters the field, she will have to target herself. If her ability kills herself, her controller will still have the choice to recover up to three magic stones.