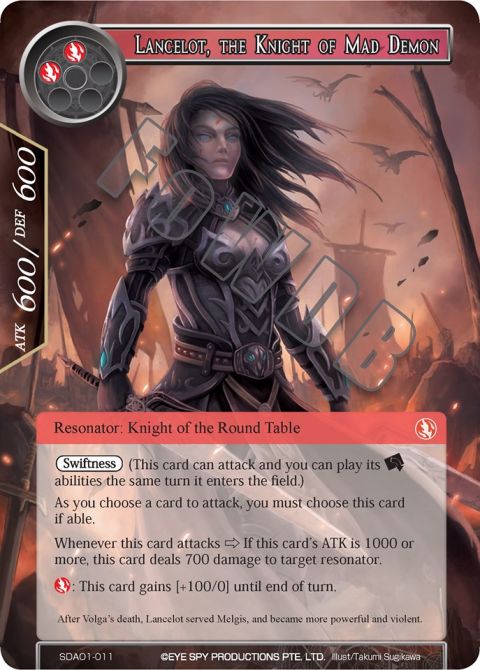 abilities the same turn it enters the field.)As you choose a card to attack, you must choose this card if able.Whenever this card attacks ⇒ If this card's ATK is 1000 or more, this card deals 700 damage to target resonator.

A player may choose not to attack during a turn, even if they control "Lancelot, the Knight of Mad Demon". However, Lancelot must attack before any other J/resonator on his controller's side of the field, unless another J/resonator has the same restriction, in which case you must decide between them.